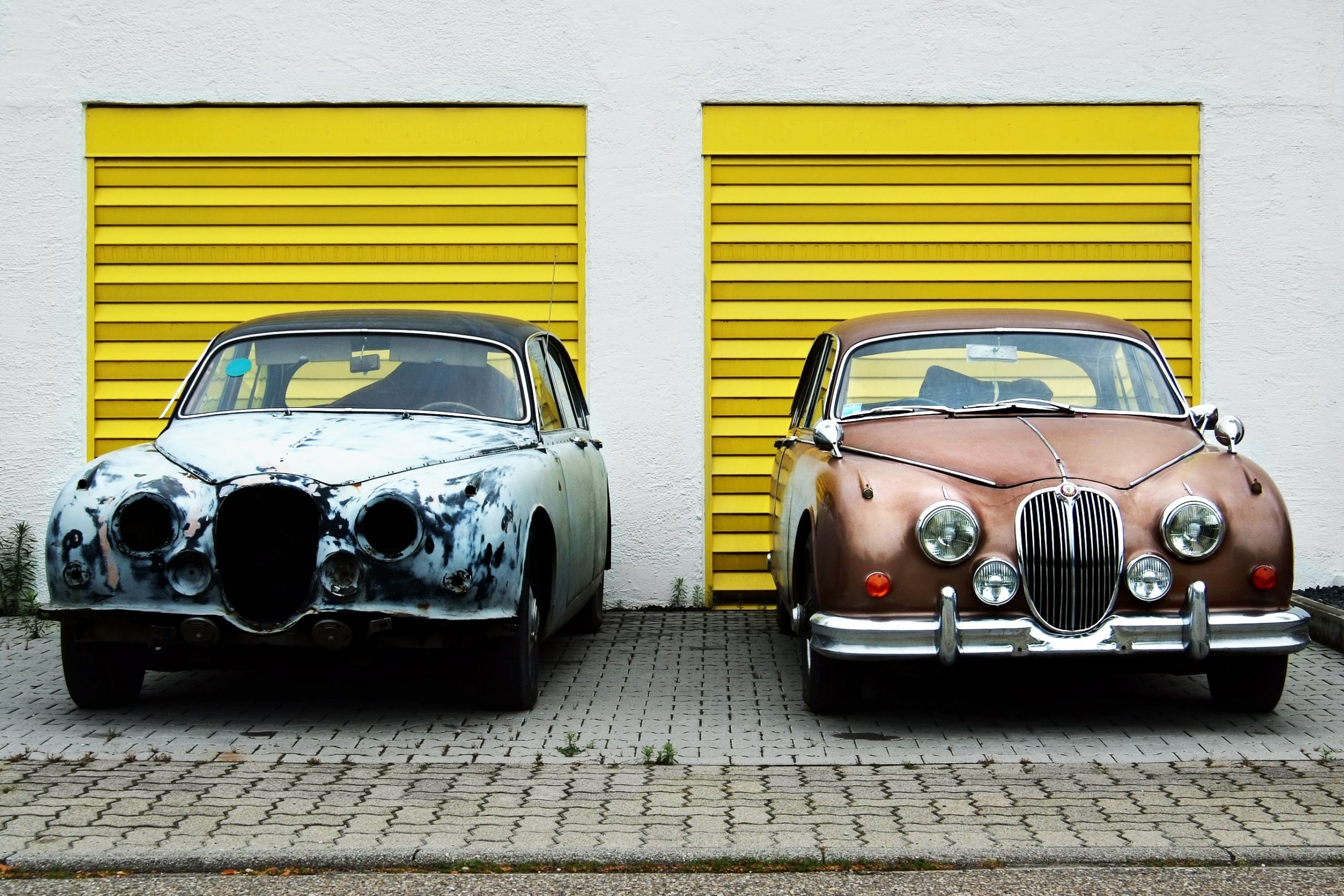 We are on the Journey to Pentecost. Jesus has risen from the grave and appeared to the disciples. Jesus has imparted salvation and the Spirit to the disciples. The disciples are beginning to move from doubt to belief, from fear to faith. Now, Jesus moves on to someone who will be essential in the formation of the early church, Peter. We pick up the story in John 21:1.

“Afterward Jesus appeared again to his disciples, by the Sea of Galilee.[a] It happened this way: 2 Simon Peter, Thomas (also known as Didymus[b]), Nathanael from Cana in Galilee, the sons of Zebedee, and two other disciples were together. 3 “I’m going out to fish,” Simon Peter told them, and they said, “We’ll go with you.” So they went out and got into the boat, but that night they caught nothing.

4 Early in the morning, Jesus stood on the shore, but the disciples did not realize that it was Jesus.

5 He called out to them, “Friends, haven’t you any fish?”

6 He said, “Throw your net on the right side of the boat and you will find some.” When they did, they were unable to haul the net in because of the large number of fish.

7 Then the disciple whom Jesus loved said to Peter, “It is the Lord!” As soon as Simon Peter heard him say, “It is the Lord,” he wrapped his outer garment around him (for he had taken it off) and jumped into the water. 8 The other disciples followed in the boat, towing the net full of fish, for they were not far from shore, about a hundred yards.[c] 9 When they landed, they saw a fire of burning coals there with fish on it, and some bread.

10 Jesus said to them, “Bring some of the fish you have just caught.” 11 So Simon Peter climbed back into the boat and dragged the net ashore. It was full of large fish, 153, but even with so many the net was not torn. 12 Jesus said to them, “Come and have breakfast.” None of the disciples dared ask him, “Who are you?” They knew it was the Lord. 13 Jesus came, took the bread and gave it to them, and did the same with the fish. 14 This was now the third time Jesus appeared to his disciples after he was raised from the dead. (John 20:1-14)

Remember, just before this Peter has spectacularly failed Jesus. He has publicly denied him three times (John 18:15-26). This is the same Peter who Jesus declared would be the rock of the church as recorded in Matthew 16:17-19.

How could Jesus now build the church on this kind of failure? Fortunately, Jesus is in the restoration business. Peter is down, but not out. Unsurprisingly, we find Peter the fisherman on the water, fishing. Jesus is sitting nearby on the shore and calls out to Peter and the disciples asking about the fishing. It’s been a bad night and no fish. Jesus tells them to cast their nets on the right side and they haul in a massive catch. This is a miracle as professional fisherman know that if they haven’t caught fish all night, tossing their nets a few feet on the other side will make no difference. In this moment, the disciples recognize Jesus. Why do they recognize Jesus here? Well, a very similar miracle has happened before. In Luke 5:1-11 Jesus called Peter to be a fisher of people through a miraculous catch of fish after a night of fishing where they had caught nothing.

The disciples then land the boat and Jesus cooks them breakfast. Can you imagine this? The Lord of the universe, sitting on the beach, offering to cook you breakfast. Maybe you think Jesus would have more important things to do than cooking and serving the disciples an early morning beach breakfast. But this is the kind of Lord Jesus is. He came to serve, not be served and he genuinely wants to spend time with the disciples and eat a meal with them. They eat breakfast together and then Jesus gets down to business with Peter.

What is Peter thinking as he considers the events of the past days? Let’s see what happens.

When they had finished eating, Jesus said to Simon Peter, “Simon son of John, do you love me more than these?”

He answered, “Yes, Lord, you know that I love you.”

Peter was hurt because Jesus asked him the third time, “Do you love me?” He said, “Lord, you know all things; you know that I love you.”

Jesus said, “Feed my sheep. 18 Very truly I tell you, when you were younger you dressed yourself and went where you wanted; but when you are old you will stretch out your hands, and someone else will dress you and lead you where you do not want to go.” 19 Jesus said this to indicate the kind of death by which Peter would glorify God. Then he said to him, “Follow me!” (John 21:15-19)

Because of the similarities between Simon’s initial call and his restoration I would suggest that Jesus meant to parallel his first calling of Peter with the calling of restoration. The calling had not been lost, though Peter had failed. Jesus stepped right back into Peter’s life and restored him to his original mission.

As humans what is our tendency when someone fails, fails us, or fails to live up to expectations? We tend to criticize their failure and maybe we lose trust in that person. Jesus, however, does not lose trust in Peter and he does not abandon him. As we see in the rest of the New Testament, Peter certainly followed the calling of Jesus. He did indeed become what Jesus had seen in him all along, the rock that the church would be built on. From the very first time he saw him, Jesus called out what Simon would be, not what he was.

“Andrew, Simon Peter’s brother, was one of the two who heard what John had said and who had followed Jesus. 41 The first thing Andrew did was to find his brother Simon and tell him, “We have found the Messiah” (that is, the Christ). 42 And he brought him to Jesus.

At the point of first being called, Peter was still years away from being a mature leader. Yet Jesus immediately gives him a new name. His birth name was Simon, but Jesus gives him the name Peter, meaning rock. Jesus calls out his new identity before it has been realized.

I think one of our weaknesses as humans is that we see people only as they are, or we see them only through what they do or how they look (I Sam 16:7). We fail to see our growth as a work in progress. On the one hand as we look at the young person or new believer, we sometimes fail to see the potential rather than just the immediate struggles or immaturity. On the other hand, we see the mature leader in action and forget the years of process, struggle, formation and development that brought maturity (they were young and immature once!). We can’t force progress or jump straight to maturity; we simply have to take the next step and pay attention to what Jesus is doing in our lives right now. We must trust that just as Jesus is working in my own life, so he is working in other people’s lives. Jesus saw through the rough exterior and immaturity of Peter at the beginning to his potential and the mature leader he would become later.

Peter’s failure in denying Jesus was not the end of his calling, it was just another obstacle in the road to be overcome. In fact, Jesus certainly knew that Peter would deny him and yet he called him anyway. How many people would invest years of our lives into mentoring someone whom we knew was going to fail us at a key moment? Yet, with Jesus, there is always hope! “The record of Peter’s reinstatement stands as an encouragement for all who might crack under pressure and deny their Lord. This is not the same as cold-blooded apostasy, and is not regarded as such by the Lord.”[1] With Jesus, a failure or struggle is not the end of the journey. On the Journey to Pentecost, Jesus made a key stop with Peter. Peter has been restored and is being prepared for the next steps. The next time we see Peter we will see that Jesus’ confidence in him was well placed.

We’re all on the journey to Pentecost together. A journey from doubt to belief. From fear to faith. From failure to maturity. Let’s keep walking together.