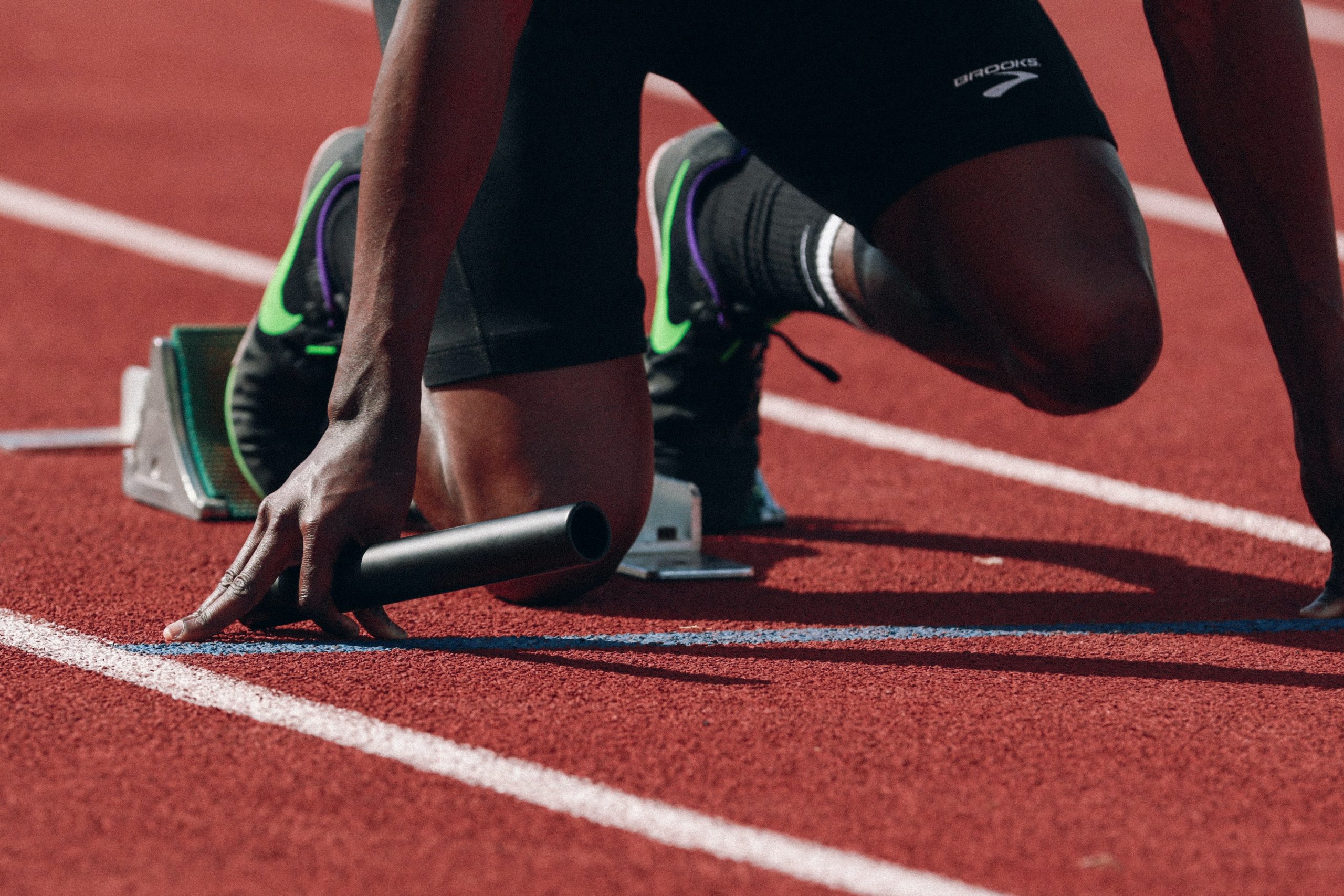 Did anyone watch the Olympics this past summer? One of the premiere track and field events is the 4×100 meter relay. Powered by anchor runner Andre de Grasse, the Canadian team won a bronze medal this summer. Today we are talking about the baton pass that happens in the exchange zone, a crucial part of the relay race and the journey of faith.

Sometimes today we use the metaphor of a marathon for our lives. “Life is a marathon, not a sprint.” While we can agree that life is not a sprint and the marathon metaphor gives us a healthy perspective to slow ourselves down, both the sprint and the marathon are individual races. This gives us the impression that life is essentially an individual effort. I am responsible for my own race. My life begins and ends with me. God’s promises are fulfilled in my life and in my view.

Let’s talk about a different racing metaphor that may be more accurate. This is the metaphor of the relay race. In a relay there is a team of four runners. Each runner has a role to play in the race and all team members must work together. At the end of their section, the runner must pass the baton to the next runner. The key to the relay race is not the individual runner, but the baton pass. It is not the individual runner who must cross the finish line, but the baton that must make it from start to finish with each team member taking a turn to carry the baton. “A relay race is the only event where you don’t have to cross the finish line to win a medal.”[1]

Not a Finish Line

At CCC one of our values is We Grow Together because we believe people are better together. Instead of seeing our lives as individual races, if we see our role as members of a relay team we begin to see that our role is simply to carry the baton for our leg of the race, then pass it on. We may not see the realization or completion of all our dreams and goals, but if we pass the baton, our leg of the race is just part of the whole history and story that God is writing. In this way we see that our races connect with other people and that we don’t have to do it all ourselves. Our personal finish line isn’t a line, it’s a zone, the exchange zone, where we pass the baton.[2] In this way we can take the pressure off ourselves. We don’t have to do everything. “Don’t worry about unfinished tasks. Just stay in the race. Remember yours is not the last lap. Your personal finish line will never be THE finish line. Your goal is to make The Great Exchange, a successful transfer of all that you have carried so that the next generation can use your finish line as their starting line.”[3]

In this model we can rejoice in the victory of others, we don’t have to “win,” we just have to play our part on the team. I am certainly responsible for the tasks God has given me, but God has others ahead of me, alongside me and following me who are more than capable of carrying the baton. When we trust others and work with the relay team, the whole team wins and we are all part of the victory. I don’t have to be the fastest, best, or most successful runner on the team, I just have to play my role and make sure the baton gets passed. This summer, when Andre de Grasse received the baton in the Olympic relay he was in 5th position. His speed and skill running the anchor position led the team from 5th to a bronze medal finish. Yet, just because he is the strongest member of the team does not mean the other runners are irrelevant. He could not have been in position to finish strong without the other runners on the team having first done their part.

The heroes of faith in the Bible had to take the baton of God’s promises and pass it continuously down the line. They ran their own leg of the race and ‘finished’ their task, but the race did not begin or end with them. Let’s look at Hebrews.

“These all died in faith, not having received the things promised, but having seen them and greeted them from afar, and having acknowledged that they were strangers and exiles on the earth. 14 For people who speak thus make it clear that they are seeking a homeland. 15 If they had been thinking of that land from which they had gone out, they would have had opportunity to return. 16 But as it is, they desire a better country, that is, a heavenly one. Therefore God is not ashamed to be called their God, for he has prepared for them a city.” (Heb 11:13-16)

These heroes of the faith in the Old Testament desired a better country, they knew that something better was awaiting them than what they could find on earth, even though they could not see it. In most cases, they saw only God’s promise and the seeds of that promise. “For the time being, heirs though they were, they had the promise without the reality.”[4] It was often generations or even hundreds of years later that the promise was fulfilled. They had to pass on the promise and the story to the next generation.

Abraham had to set out from his homeland not knowing where he was going, just knowing that God had called him (Gen 12:1-3). He settled in the land of Canaan, the land that God promised to the Israelites, but it would be hundreds of years and generations of slavery before Canaan became the homeland of the Israelite people. God’s covenant and promise was passed down many generations before it was fulfilled.

A New Testament example of a baton pass between people is Paul and Timothy. The Apostle Paul was the great missionary of the early church, but he did not see the completion of all that he had in mind. He ran the leg of the race he was called to and then passed the baton to his protégé Timothy who would in turn take the baton and keep running (2 Tim 2:1-2).

“On the other hand, we do not hear Paul asking Timothy to be ready to take up Paul’s apostolic tasks if Paul should die—for instance, the envisioned missionary journey to Spain. Paul was an apostle, and Timothy, as we see him finally, is a pastor. It is probably best to conceive the important question of succession in broader terms than the succession of one individual to another’s task. Rather, the great agenda of Christ’s church requires adaptation and creative response in each generation. Here too the tasks seem to be held in the Lord’s hand, rather than in the church’s jurisdiction.”[5]

Of course, one of the most obvious baton passes is the one from parents to children. We all want our children to learn our values and we pass along our beliefs and values whether we want to or not. One of the most important things in this baton pass is that we raise children who are followers of Christ, not just copies of ourselves.[6]