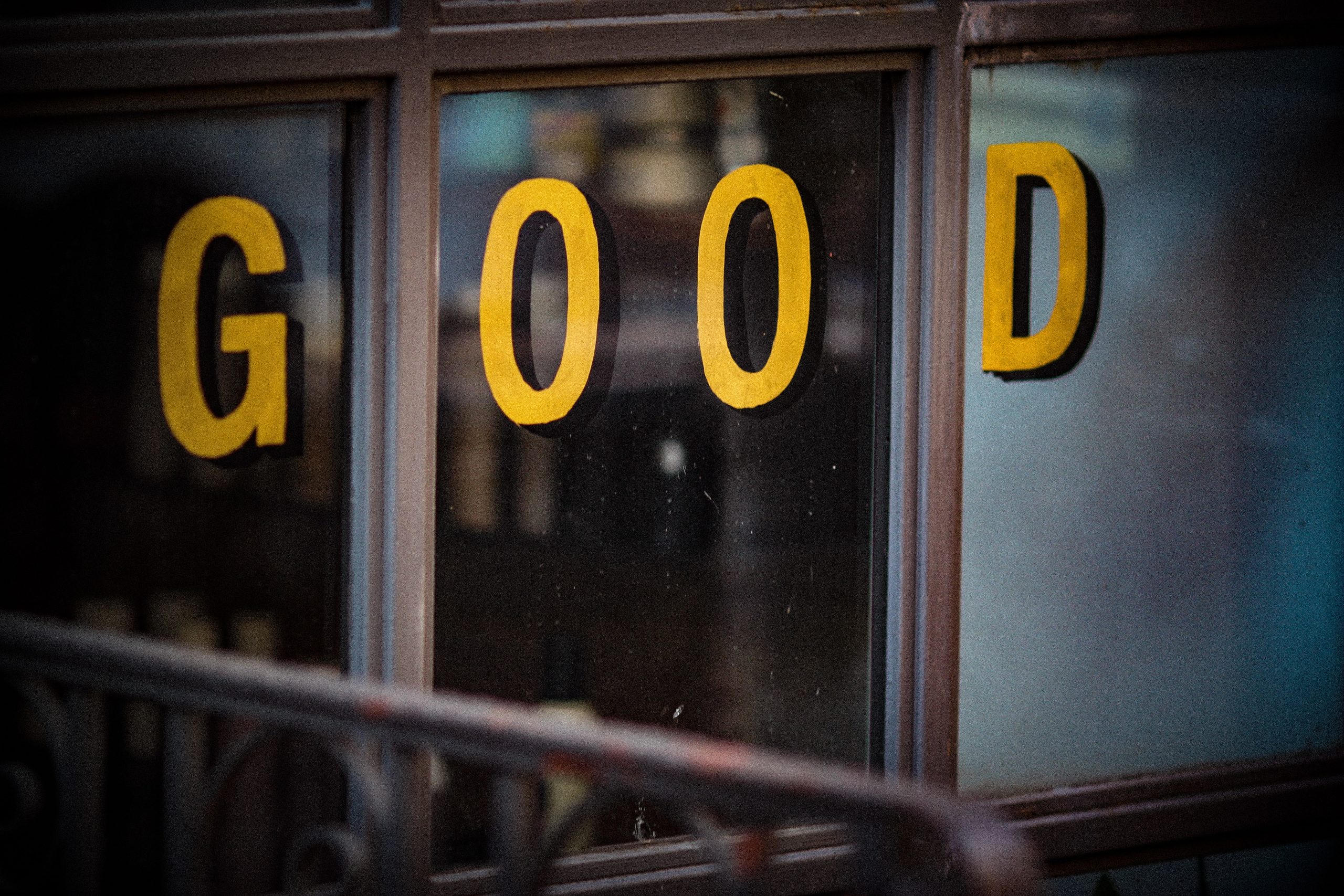 Have you ever thought the world is ending?

There was a show a few years back called Doomsday preppers which portrays people who believe the world will collapse in a certain type of calamity: perhaps earthquake or nuclear war or worldwide pandemic (a little too real now…) and they prepare to survive in the situation they foresee happening. They gather supplies, build a team, collect food, perhaps arm themselves.  These people put their faith in their own ability to foresee the future and prepare for a given situation and survive against the odds. Today we’re looking at someone in the Bible who faced their own apocalypse. It is Rahab, living in Jericho, facing destruction and death.

Rahab is an amazing example of faith during the siege of Jericho (Joshua 2-6). You may be familiar with this story but let’s look at what was happening. The Israelites have walked through hundreds of years of slavery and have just finished a season of 40 years in the desert. Now, they are preparing to move into the promised land. Beyond the Jordan River, the first major obstacle for the Israelites is the walled city of Jericho. The Israelites are toughened from their desert experiences, but it is unlikely that they are equipped to handle the siege and conquest of a well defended, walled city. The conquest of Jericho by the Israelites looked unlikely from a physical perspective. Nonetheless, Joshua begins the process of invasion by sending out two spies to investigate the land and particularly Jericho. It is here that we meet a woman named Rahab.

“Then Joshua son of Nun secretly sent two spies from Shittim. “Go, look over the land,” he said, “especially Jericho.” So they went and entered the house of a prostitute named Rahab and stayed there.

4 But the woman had taken the two men and hidden them. She said, “Yes, the men came to me, but I did not know where they had come from. 5 At dusk, when it was time to close the city gate, they left. I don’t know which way they went. Go after them quickly. You may catch up with them.” 6 (But she had taken them up to the roof and hidden them under the stalks of flax she had laid out on the roof.) 7 So the men set out in pursuit of the spies on the road that leads to the fords of the Jordan, and as soon as the pursuers had gone out, the gate was shut. (Joshua 2:1-7)

Once inside the city the spies go to the house of a prostitute named Rahab. Her home may have been something like a tavern or hostel and this would have been a logical place for the spies to hide and gather information.[1] They obviously intended to remain hidden, but their presence was revealed. It would have been logical and expected for Rahab to turn the spies over to the king. If she was found to be collaborating with them, she almost certainly would be killed. Yet, Rahab hid the two Israelites spies in her home and protected them at great risk to herself. She hides the spies on her roof and sends the king’s men off on a wild goose chase. She goes on to tell the two spies:

“I know that the Lord has given you this land and that a great fear of you has fallen on us, so that all who live in this country are melting in fear because of you. 10 We have heard how the Lord dried up the water of the Red Sea for you when you came out of Egypt, and what you did to Sihon and Og, the two kings of the Amorites east of the Jordan, whom you completely destroyed.11 When we heard of it, our hearts melted in fear and everyone’s courage failed because of you, for the Lord your God is God in heaven above and on the earth below. (Joshua 2:9-11)

Rahab had a surprisingly detailed understanding of Israelite history and recent events. Rahab saw what others did not see or did not want to see. The Israelites would be victorious, and she already had faith in God.[2]  She didn’t place her trust in her own king and government to protect her. Rahab chose to put her faith in God. She has already sided with the Israelites against her own people and city.[3] Her statement in verse 11 constitutes a confession of faith and reveals her conversion to following God.[4] “For the Christian, Rahab represents the example of one who confesses God’s historic acts of redemption and receives salvation. The confession of faith becomes the means to salvation (Rom. 10:9, 1 John 4:15).[5]”

14 “Our lives for your lives!” the men assured her. “If you don’t tell what we are doing, we will treat you kindly and faithfully when the Lord gives us the land.”

15 So she let them down by a rope through the window, for the house she lived in was part of the city wall. 16 She said to them, “Go to the hills so the pursuers will not find you. Hide yourselves there three days until they return, and then go on your way.” (Josh 2:12-16)

The spies and Rahab arrange a signal to protect her household and everyone in it during the presumed conquest of Jericho. Something had rested in Rahab’s heart and convicted her of God’s power and his mercy.  She put her faith in God and in the word of the two spies. When facing troubling times do we put our faith in government?  Our own ability to plan? Our finances? Rahab’s faith and words to the spies confirmed God’s plans and encouraged them to proceed with the campaign.

“When they left, they went into the hills and stayed there three days, until the pursuers had searched all along the road and returned without finding them. 23 Then the two men started back. They went down out of the hills, forded the river and came to Joshua son of Nun and told him everything that had happened to them. 24 They said to Joshua, “The Lord has surely given the whole land into our hands; all the people are melting in fear because of us.”” (Josh 2:22-24)

Rahab’s report of the morale of the people confirms the prophecy of Ex 15:16 and reinforces God’s promise to the Israelites. Thus, the spies bring back a positive and encouraging report and the campaign proceeds.

The spies kept their word, told Joshua about their promise to Rahab, and when the city fell, Rahab and her family were spared.

“But Joshua spared Rahab the prostitute, with her family and all who belonged to her, because she hid the men Joshua had sent as spies to Jericho—and she lives among the Israelites to this day.” (Josh 6:25)

Rahab’s faith saved her life and granted her a place in God’s plan in history. Not only were Rahab and her family spared, but she and her family chose to live among the Israelites and live out her faith in God. Indeed they become Israelites. In Matthew 1:5 we read that she is the mother of Boaz who married Ruth and who in turn were the grandparents of king David and so on through the lineage right to Jesus.

Rahab, by faith, becomes part of God’s story even though she was an unlikely candidate (prostitute, foreigner) facing a situation where she made a seemingly illogical choice at great personal risk. She saw in faith beyond the immediate situation and personal danger to God’s promise and she trusted God for protection. Not only does Rahab become part of God’s story she is one of a select few people to be named in the ‘hall of faith’ in Hebrews chapter 11:31 “By faith the prostitute Rahab, because she welcomed the spies, was not killed with those who were disobedient.”

“The story of Rahab confirms God’s welcome to all people, whatever their condition. Christ died for all the world and the opportunity is available for all to come to him through faith, even the chief of sinners (1 Tim. 1:15). Like Paul, Rahab exhibits faith and understanding of the God who saves her. She becomes part of the family line that leads to the birth of Jesus (Matt. 1:5) and a model of faith for all Christians (Heb. 11:31).”[6]

By faith Rahab became part of the good story God was writing.  Through her descendants, Jesus came to earth. A decision made in faith, at significant personal risk, led to an amazing story that literally ran thousands of years beyond the original decision.